Batteries and Technology for Mobile Phones

Battery technology has come on leaps and bounds in the last few years and has contributed to the constantly reducing size of the phones. Traditionally, the batteries were made from nickel but more recently these batteries are being made from lithium, which is famously the lightest metal known to man. These are lighter and can hold their charge for longer, which make them an ideal candidate for mobile phones. The future of phone battery technology is thought to be in solid-state batteries and the race is on to create one that can be mass produced. These would potentially massively increase the length of charge that a phone battery could hold and greatly decrease the manufacturing costs. 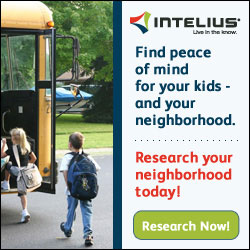 Liquid Repellent
There is now technology for protecting mobile phones from the effects of liquids. Much like waterproof watches, these range from those that can withstand a few splashes of water, such as being caught a light rain shower, to being resistant to being completely submerged in deep water for long periods of time. This technology is a godsend for many people. For example, anyone who works in the great outdoors, sportsmen and women and boaters, amongst many others. These phones are currently being made by several of the most well-known mobile phone manufacturers, including Nokia and Samsung, and it is very likely that more will join them. The phones are made water resistant using advanced nano-technology and coating them in a chemical water repellent substance that does not add weight or change the look and feel of the phone.

GPS
One greatly used piece of technology in mobile phones is GPS or ‘global positioning system’. Many people are familiar with GPS, a technology that has been used for many years to provide reliable location and time information on the go in mobile phones. Using satellites phones with GPS can pinpoint your location anywhere in the world very accurately, up to around 10 metres. More and more phones have included GPS and many can now double up as satellite navigation systems in cars. This ability to have an accurate worldwide map in your pocket, with your precise position at any one point is a much over-looked piece of technology.

3G and HSDPA
Many phones now use 3G technology, the third generation of wireless technology, which allows high-speed transmission, worldwide roaming abilities and enhanced audiovisual streaming on the previous 2.5G technology. Recently, HSDPA (high-speed downlink packet access) has started to replace this technology in more advanced mobile phones. It has also become known colloquially as 3.5G or turbo 3G due to its significantly faster download speeds with a massive theoretical maximum speed of 14.4Mbps. In effect this maximizes productivity without requiring a wireless network to connect to.

Touch Screens
Ever since Apple brought their massively successful iPhone to the market, touch screens on mobile phones have become more and more popular. There are two types of touch screen typically found on mobile phones – capacitive and resistive. Resistive touch screens work by sensing pressure on the screen, whether that is from your finger or a stylus. Capacitive, the newer technology, uses electrodes that sense the conductivity of your finger when placed against the screen. Each has their pros and cons, the ability to use a stylus means that you can make more accurate selections on the screen, whereas capacitive screens are typically more intuitive and sensitive, requiring only the gentlest touch or swipe. Users have enjoyed using touch screens in new and inventive ways, from pinching the screen to zoom out to ‘double clicking’ to select and copy text. This technology is changing the way we interact with our phones forever.